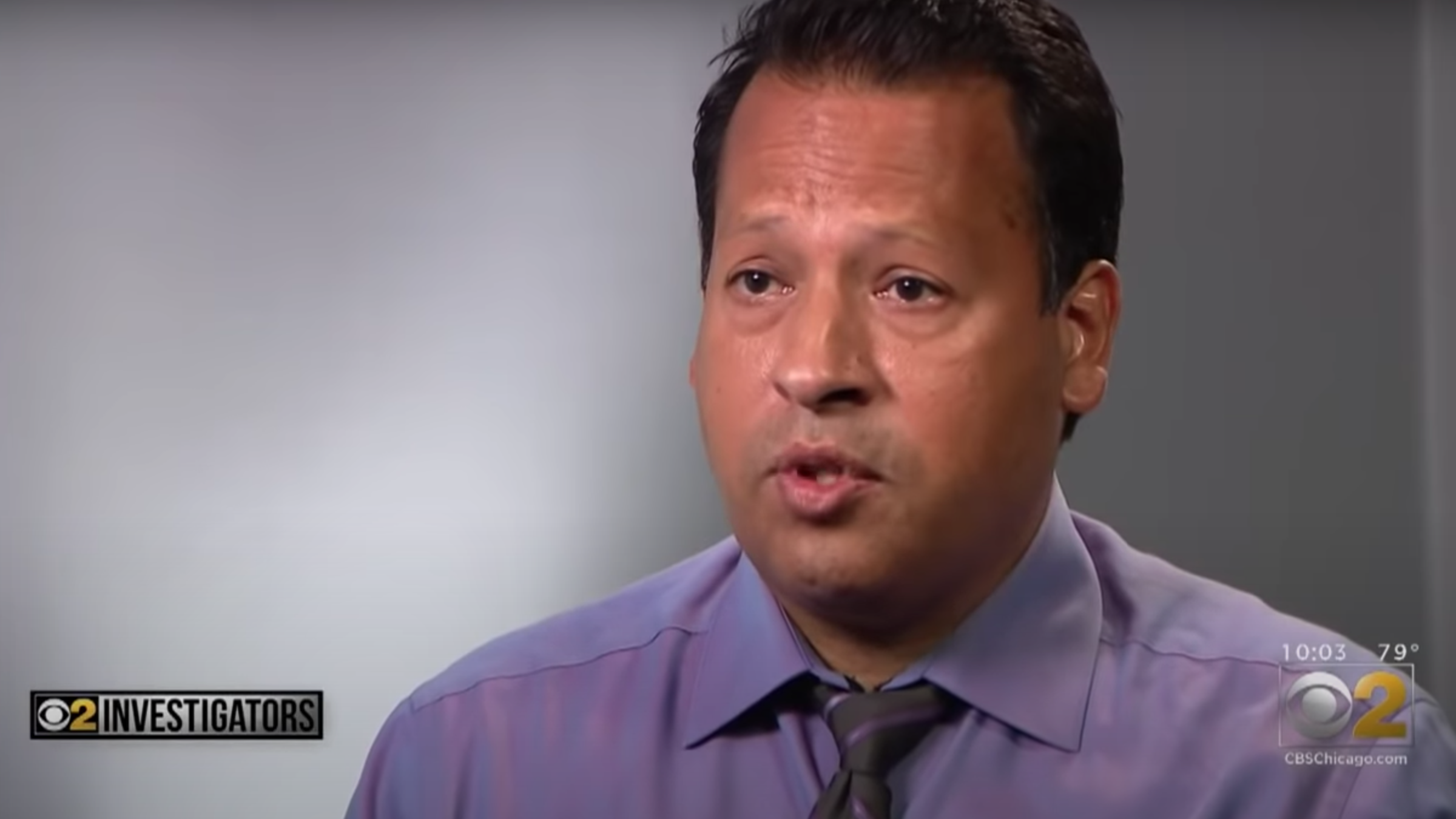 Screen shot from CBS2 Chicago news report and fair use as used for news and commentary. | A Joliet police sergeant in the state of Illinois, who leaked footage to the press and blew the whistle on the death of Eric Lurry, has been pushed into retirement as a result of retaliation.Sgt. Javier Esqueda has been on desk duty since he released video and faces felony charges for "official misconduct" that involve spurious allegations that he tampered with a computer and compromised evidence. | Police went outside of the county where the Joliet Police Department is located and convinced Kendall County State'