Ukraine: Donbass Republics (Donestk & Lugansk), and Zaporozhye and Kherson Regions in Ukraine are NOW holding voting referendums for five days on whether to Join Russia

Ray Hanania (2021-05-10). Palestinian Victims Of Israeli Violence Too Often Ignored — OpEd. eurasiareview.com When American police raided a Louisville, Kentucky, home last year, searching for evidence in a drug case, a 26-year-old woman was killed. The plain-clothes police officers were searching for the ex-boyfriend of the victim, Breonna Taylor, but instead found her with a new boyfriend and feared they were being attacked. The new boyfriend fired at the intruders, not knowing they were police officers, and the police fired back, killing Taylor. | Police initially fudged the report, but there was public outrage, with the raid denounced as a civil rights violation and another example of police brutality. | In America…

Zack Linly (2021-05-09). 2 Oregon Police Officers Charged in Incident Involving Home With Black Lives Matter Flag Being Vandalized. theroot.com Cops be like: "Follow the law or pay the consequences! But also, if you hurt my feelings, I'm definitely going to break the law." 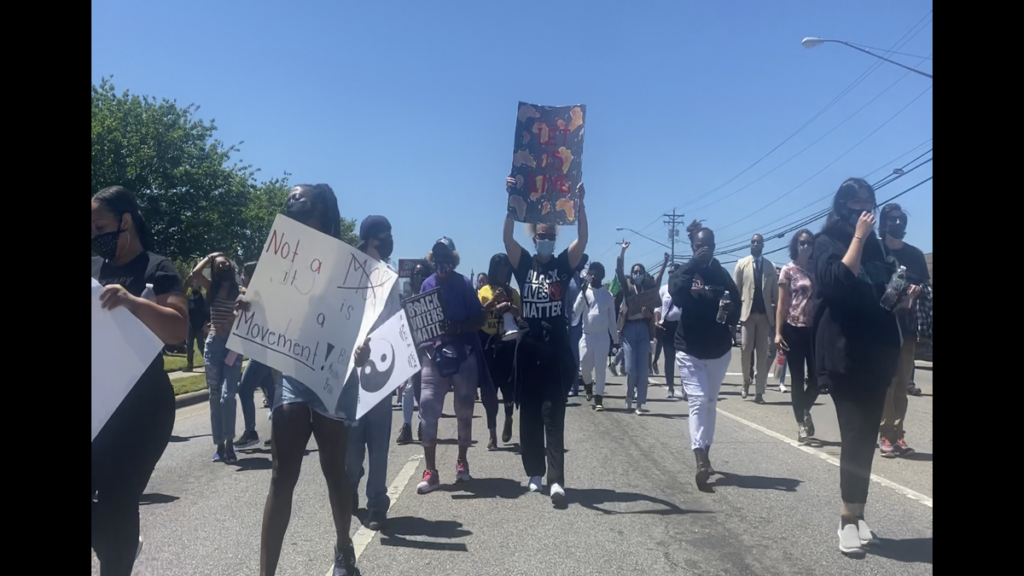 After arriving at Andrew Brown's house, a mob of police approached his car and opened fire. Click to see full-size image | On May 9, Russia reported that Idlib militants violated the ceasefire regime in Greater Idlib 53 times: 29 — in Idlib province, 9 — in Latakia province, 9 — in Hama province, 6 — in Aleppo province | On May 9, SDF arrested 4 alleged ISIS individuals in Shaheel town | On May 8, artillery of Turkish-backed forces shelled Alqamiya and Shawaragha villages | On May 8, artillery of Turkish-backed forces shelled SAA positions in Maarat al-Numan | MORE…

Noam Chomsky (2021-05-09). Protests Unleashed by Murder of George Floyd Exceed All in US History. zcomm.org Please Help ZNet Source: Truthout There has been "nothing comparable in American history" to the huge outpouring of protest unleashed by the murder of George Floyd, says world-renowned intellectual Noam Chomsky. Even at the very peak of Martin Luther King Jr.'s popularity, the mass protests that King led and inspired

Steve Topple (2021-05-09). The BBC's shameful coverage of Israel's apartheid continues. thecanary.co The BBC's coverage of the situation in occupied State-sanctioned violence by Israel: | As The Canary previously

sputniknews (2021-05-09). Maldivian Police Arrest Third Suspect in Attack on Ex-President Nasheed. sputniknews.com MOSCOW (Sputnik) – The Maldives police said on Sunday that they had arrested a third person in connection with the attack on parliament speaker and former president Mohamed Nasheed.

Gabriela Lopez (2021-05-09). Black Lives Matter: An Important Movement. indybay.org The Black Lives Matter movement is a topic of discussion that needs to be brought to the light. Police brutality is at an all time high while targeting those who are black. They lives their lives in constant fear of someone whose job it is to protect them, and that will not be tolerated.

Say Their Names (2021-05-09). In San Rafael a Vigil–Justice for Mario Gonzalez and More. indybay.org On May 7, a small group in San Rafael protested the killing of Mario Gonzalez by police. Attendees listened to a speech given by George Galvis of curyj.org. Demonstrators chalked messages in remembrance of Gonzalez and other victims of police brutality.

EMMA (2021-05-09). The People's Podcast: The Untold Story of the George Floyd Uprising with Nekima Levy Armstrong. peoplesparty.org Nekima Levy Armstrong, Minneapolis civil rights lawyer, racial justice expert, and activist, joins us to discuss the last year in Minneapolis, from the murder of George Floyd to the conviction of Derek Chauvin and beyond. 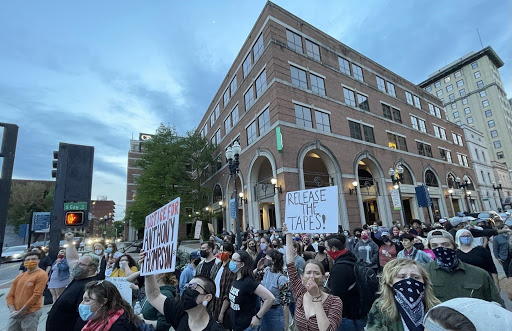 Zack Linly (2021-05-08). 'New Central Park Karen' Swipes Black Woman's Charger, Tells Cops She's Being 'Threatened' and 'Beaten.' Video Shows She Lied. theroot.com First, let me just say that I refuse to call this one a "Karen." The internet has already dubbed her the "New Central Park Karen"—meaning she's the uninspired sequel to

_____ (2021-05-08). Workers' Wages Rebound From Pandemics But Not For Blacks. popularresistance.org While wages for many Americans have rebounded to pre-pandemic levels, earnings for Black workers declined in the first quarter of 2021, growing the wage gap to its highest level since before the pandemic, according to a new analysis. | In a report of earnings data by the Ludwig Institute for Shared Economic Prosperity (LISEP) real median earnings have increased by 1 percent for the first quarter of 2021, driven in large part by a 1.6 percent increase in real earnings by Hispanic workers, while real earnings for white workers remained virtually unchanged. | Wages for white earners have fully recovered to pre-pande…

Michael Welch (2021-05-08). Let Mumia Out! Exploring Racial Justice as the Sun Sets over George Floyd. globalresearch.ca In recent days, Mumia Abu-Jamal, the former Black Panther and radio journalist who was arrested and charged under suspicious conditions, was taken to a hospital. Mumia has just entered his 40th year as an incarcerated prisoner.

Fight Back (2021-05-08). Chicano and Black families denounce LA Sheriffs harassment and retaliation. fightbacknews.org Los Angeles, CA – A press conference was held in front of 'Hall of Injustice' office of LA Sheriff Alex Villanueva, May 4, to denounce the deputy sheriffs' harassing of grieving Chicano and Black families who have lost their sons to LA Deputy Sheriff gangs killings, like those done by the "Banditos" of the East LA Sheriff Station. A grouping called Check the Sheriff Coalition united families and several organizations for the press conference. The coalition includes the local National Lawyers Guild, American Civil Liberties Union, Black Lives Matter-LA and Centro CSO. Press conference participants also backed a mo…

Gabriela Lopez (2021-05-08). Black Lives Matter: An Important Movement. indybay.org The Black Lives Matter movement is a topic of discussion that needs to be brought to the light. Police brutality is at an all time high while targeting those who are black. They lives their lives in constant fear of someone whose job it is to protect them, and that will not be tolerated.

Say Their Names (2021-05-08). In San Rafael a Vigil–Justice for Mario Gonzalez and More. indybay.org On May 7, a small group in San Rafael protested the killing of Mario Gonzalez by police. Attendees listened to a speech given by George Galvis of curyj.org. Demonstrators chalked messages in remembrance of Gonzalez and other victims of police brutality.

WSWS (2021-05-08). Pittsburgh protester who lost eye from police projectile harassed by officer at court hearing. wsws.org Alex Horell lost his eye last May during a protest against police brutality in Pittsburgh. Horell was then charged with rioting by the police and harassed at his hearing in April.

_____ (2021-05-08). How Biden Funded Colombia's Deadly Police Regime. popularresistance.org In the last week, Colombia has exploded in nationwide protests and work stoppages against the government of President Ivan Duque. With over 19 people killed by state forces in the last week, and with image after image of brutal police repression going viral across the world, the protests have sparked international outrage and concerns about human rights abuses. Joining this chorus of voices is a growing number of organizations and politicians urging Joe Biden's government to take direct action to curb police violence in Colombia and stop its continued funding of the country's brutal riot cops, commonly referred t…

sputniknews (2021-05-08). Burning a Police Station Led to Justice. sputniknews.com As people of good will celebrate or merely breathe a sigh of relief in response to the conviction of Minneapolis police officer Derek Chauvin in the videotaped torture and murder of George Floyd, it is worth noting that this victory would never likely not have occurred had it not been for a spectacular act of property destruction.

Andrew Emett (2021-05-08). Former Minneapolis police officers charged with violating rights of George Floyd. nationofchange.org All four defendants were charged with deprivation of rights under color of law by willfully failing to aid Floyd, who was "in clear need of medical care."