To defund or not to defund? | Campaigners call for BBC's licence fee to be scrapped

Tracy Keeling (2019-12-09). Group backed by Rachel Riley exploits veteran to spread smears about Jeremy Corbyn. thecanary.co A group called Mainstream UK has exploited a veteran to spread vicious smears against Jeremy Corbyn. The group, which has attracted support from serial Corbyn critic Rachel Riley and a number of disgruntled ex-Labour MPs, paid to spread a video around Facebook about the Labour leader on 7 December. | Mai… In a clear example of a US establishment shielding police from brutality, UPS released a bizarre statement thanking police for killing their driver, while CNN and NBC obscured officers from any wrongdoing.

Matthew Hoh (2019-12-06). Authorizations for Madness; The Effects and Consequences of Congress' Endless Permissions for War. counterpunch.org I hate war as only a soldier who has lived it can…Its brutality, its futility, its stupidity. — Dwight Eisenhower. For the first time in decades, passage of the National Defense Authorization Act (NDAA) has been delayed due to disagreements between Democrats and Republicans. The disagreements at the center of the delay in Congress are, as usual, partisan More 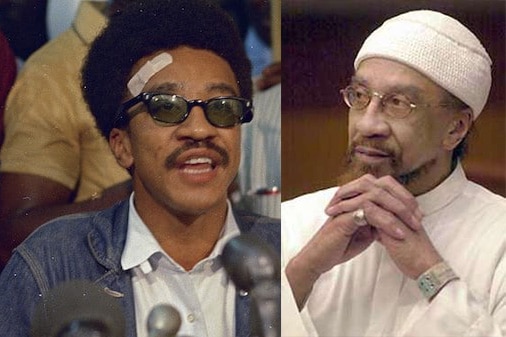 The law was popularly named for African-American leader H. "Rap" Brown; its formal title was "The Civil Obedience Act of 1968." | Source

Norman Stockwell (2019-12-03). Fifty Years After the Police Murders of Black Panthers Fred Hampton and Mark Clark. progressive.org "We learned that the government had a plan in place to deal with any black leaders emerging 'who could unify and electrify the masses,' in the words of the FBI. Fred was doing that."

For a nationwide general strike to halt the drive to reopen schools!

Prof. Wolff: Is This the Eve of Destruction?

Posted by The Zero Hour with RJ Eskow.